We have many models for a safe and simple boating life. Have a look i the catalog and find the boat that suits your needs.

Pioner is exhibiting boats at the boat show in Düsseldorf, Boot 2017. Welcome to experience several of our well known models and naturally with full rigged Pioner Multi III. 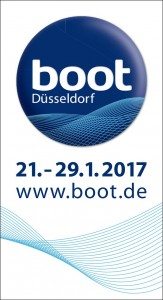 Pioner is the first boatbuilder in Norway to obtain third-party certification for its models, as new regulations require. This provides extra peace of mind for boat buyers.

Pioner is Norway’s best-selling boat brand. The boats, including those sold under Pioner’s sister brand, Steady, are still designed and built in Norway. The production facility at Bjørkelangen in south-east Norway opened in 1959, since when the company has built and sold 350,000 boats to customers worldwide.

“We take pride in our strong focus on safety at sea and have made it a priority to get our model range tested for compliance with the new, stricter standards,” said Lars Haugli, technical manager at Cipax AS/Pioner Norway.

No compromise on safety at sea

“Our mission is to supply high-quality, robust, environmentally friendly products for safe and enjoyable boating. As a boatbuilder, we are delighted we can now guarantee that our boats are designed and equipped to comply with the latest national and international safety standards and regulations, as set out in the EU’s recreational craft directive,” added Mr Haugli.

Background to the changes

The regulations and guidelines set out in the new directive must be implemented by manufacturers and sellers of recreational craft and personal watercraft no later than 17 January 2017. As an approved conformity assessment body, DNV GL conducted third-party testing and issued certificates for boats in the Pioner and Steady ranges.

UNDER CONSTRUCTION: Pioner Norway’s technical manager Lars Haugli and sales and marketing manager Carl Fredrik Kleppe are pictured in front of a new Pioner 10 Classic at the factory in Bjørkelangen.

The new design, the attractive finish and the fine cast details are easy to spot, but the biggest improvements have to be experienced.

At Pioner we have adopted new methods and improved technology in the development of our new models, Pioner 10 Classic and Pioner 12 Maxi.

The Pioner 12 Maxi is a fashionable and safe family boat as well as a tough boat for young people, while Pioner 10 Classic is a smart boat that is easy to handle and manoeuver – perfect for children and adults alike.

New features include the raised deck, which offers greater buoyancy. This allows the boat to carry a bigger load and to drain more efficiently. Pioner is a market leader in this field, and with these two new models we’ve once again raised the bar in this technology.

During moulding, a newly developed heat distribution method is used. The hull and interior floor are reinforced to ensure comfort, and the boat is perceived as being more comfortable and stable than earlier models.

Many people also like to row. The new models are built with a longitudinal internal thwart for optimum rowing – for young and old alike. 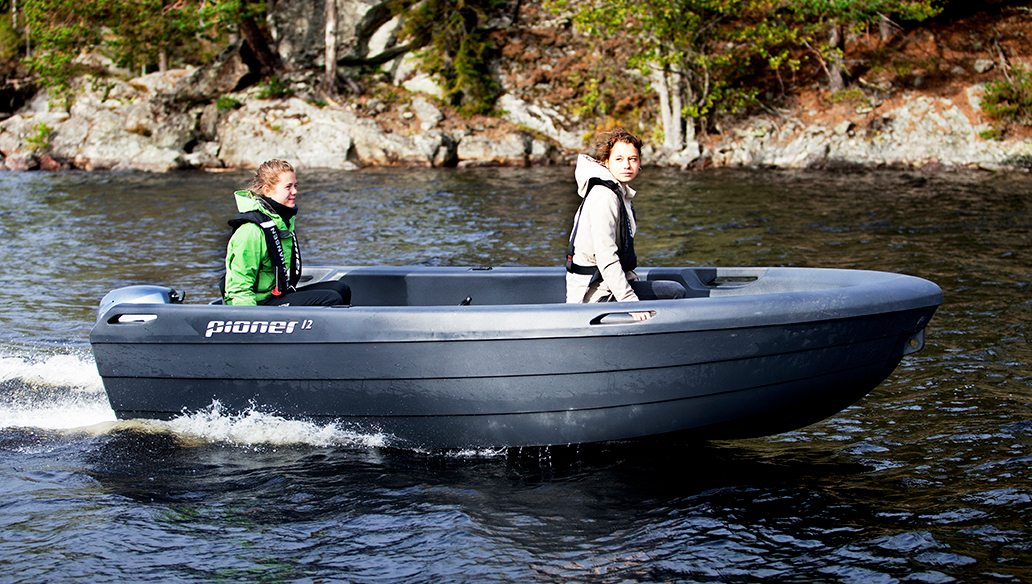 Pioner is a traditional boat manufacturer that also designs, develops and manufactures modern boats. It is important for us to be the leader of future-oriented solutions. We’re confident that the new models will offer boat owners and users a more modern and user-friendly boating experience compared to our competitors and earlier Pioner models in this class.

The Pioner Multi is designed to handle everything. And it delivers.

One boat designed and built with that objective in mind – to master demanding conditions and be put to many different uses – is the Pioner Multi. 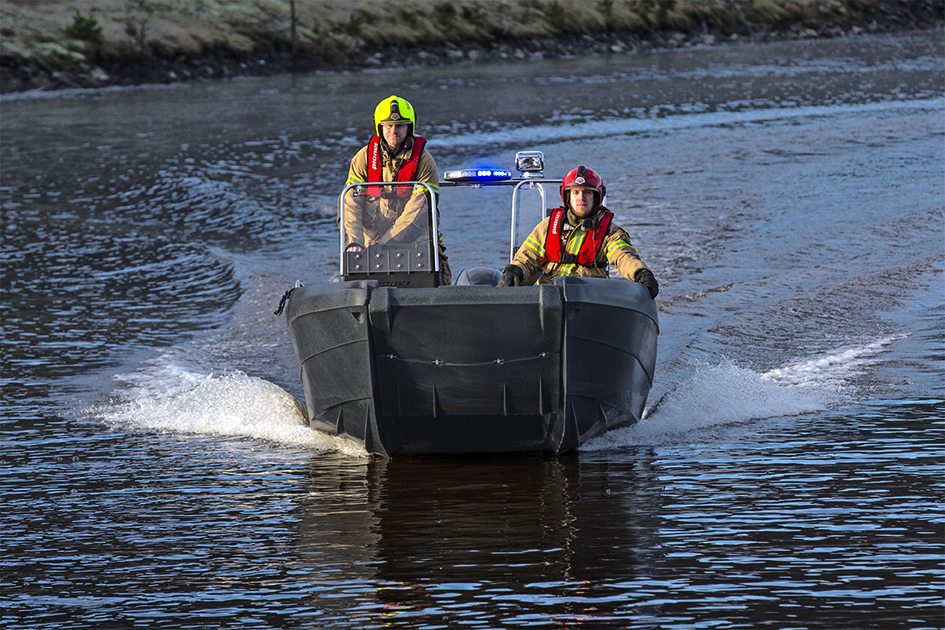 This tough and agile workhorse is the water’s response to the 4×4: practical, versatile, efficient and robust.

It has long been used by the police, fire and rescue services, and the Red Cross, as well as by many trade users whose way of life revolves around the sea or water, such as marinas, fish farmers and divers. It is also used by sheep farmers, hunters and craftspeople.

You won’t find a sturdier, safer boat. The Pioner Multi has a recommended outboard motor rating of 50 to 80 bhp. This gives you the power you need. 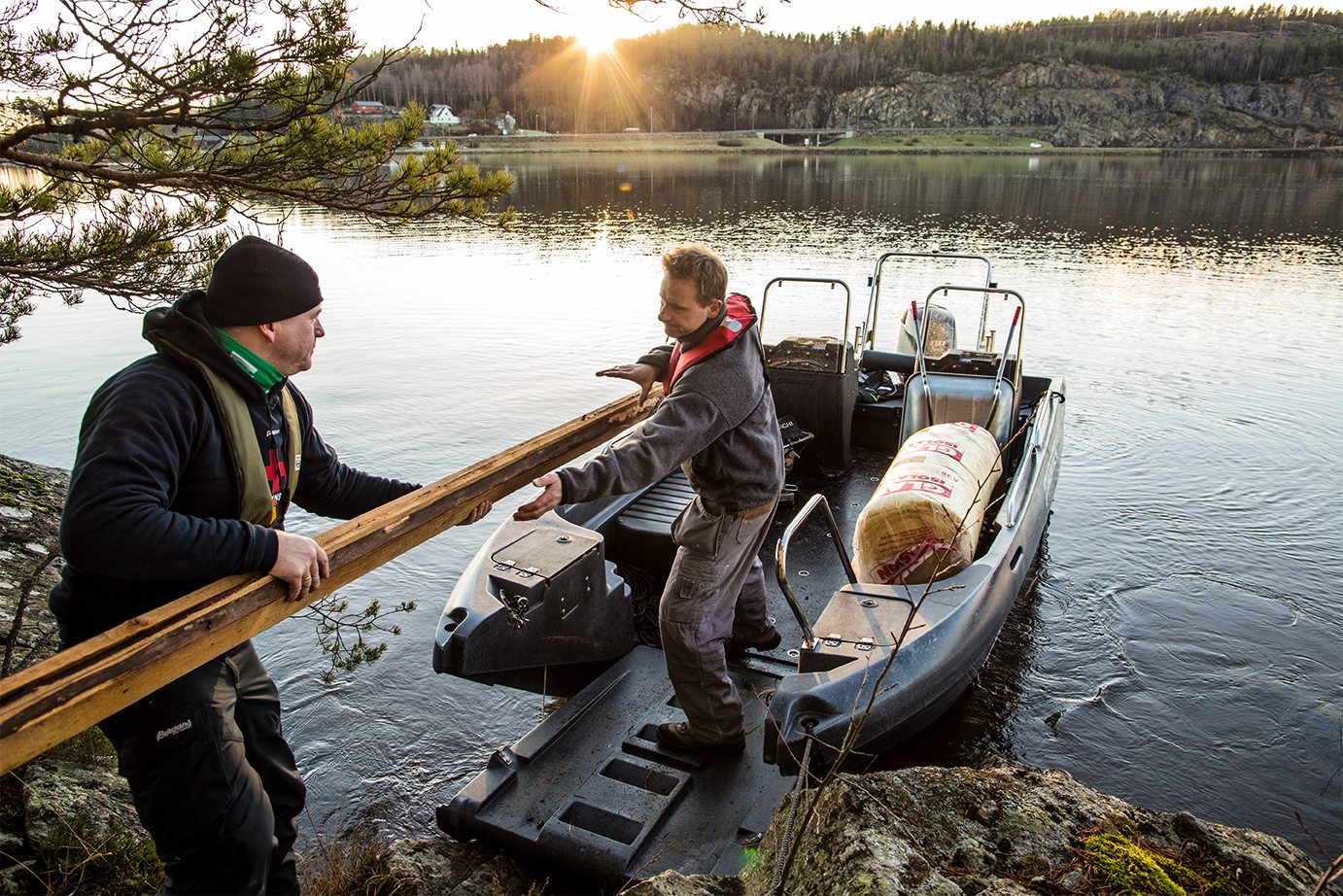 The Pioner Multi also puts in a splendid effort as a leisure boat for lakes or coastal waters. It is approved to take a load of 1,122* kilos and has space for up to 10 persons. This gives it a superior capacity whether you are carrying baggage, materials, bicycles, goats or some other cargo.

It is perfect for bountiful fishing trips, lobster expeditions and other exciting hobbies and voyages of exploration.

The bow door can be opened well out to sea, allowing anyone who would like to do so to swim out and play.